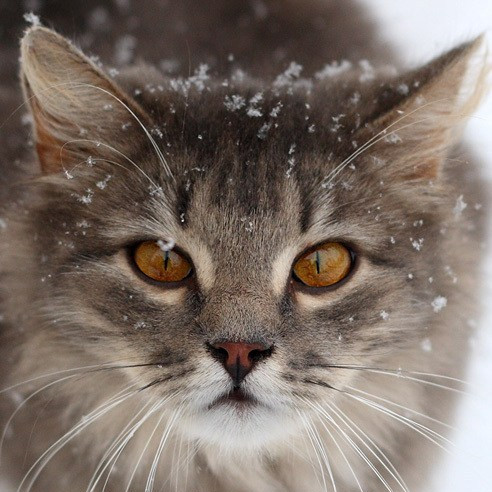 Table-talk Cafe, the writer of the game, wrote a scenario that was featured in the latest issue of Role and Role magazine. Here is a translation of that scenario.

This simple quest was built with the new PDFs in mind. There aren’t any monsters to fight, but there is a lot of travel checks. It was made with level 1 characters in mind and should take 2-3 hours to finish, depending on how much time is spent role-playing.

The group is headed to a town that is about to celebrate a festival dedicated to travelers. The trip through the grasslands should have been simple, but they end up somewhere mysterious because of the greenlands dragon they meet along the way. They even become targets of thieves and may lose something important. Will the PCs be able to retrieve their items and make it to their destination?

The sun shines brightly overhead; it’s a good Summer day to travel. The group has awakened early from their accomodations, and are following the sign pointing them to the Grandile Stone Road in the west. An endless sea of grass rolls across the landscape, and undulates in the wind that blows occasionally.

The PCs are headed to a town called Artienna, 3 days away along an old road. They are headed there after hearing about a festival in honor of travelers that is about to be held. It is said that travelers can buy items at 20% off, and travelers from all over are encouraged to visit. The PCs have gathered together because they all happened to be staying at the same inn and have the same destination. The PCs can introduce themselves as they walk. The PCs should then also perform a Condition Check {STR + SPT}.

Along the road to Artienna, the grasslands extends across the horizon. Here and there, small rocky outcroppings dot the landscape. As your eyes scan the waves of green, they stop on deep red shapes in the distance: grand raspberries! These berries native to this grassland are famous all over, and are worth as much as 50g per bushel, according to last night’s inn keeper.

The Ryubito may, at any time of their choosing, allow the party to attempt to pick grand raspberries once per day.

From here, the first day’s Traveling Check occurs, to Mee if the PCs are able to find their way without passing out or losing their way. The Movement Check and Camp Check should be rolled, but the Direction Check is not necessary in the grasslands.

After the PCs roll the Camp Check, a short event occurs. A PC, while setting up camp, runs across a dusty sign with the words BEWARE OF BANDITS scrawled across it.

After camp has been set up and the PCs settle in for the night, it is suggested that the group go through Town Creation and fill in the gaps that aren’t completed below. This way the players and GM may decide together what sort of town they want to end this scenario in. Once the Town Creation is over, the first day is over.

Today’s not quite as hot as yesterday, but it’s much more damp today. A milky fog rolls across the grassland. As you pack up camp and get ready to go, a shrill cry can be heard. Whoever is making the cries is deep in the mist.

As the PCs approach the source of the cries, they see a deep green form–its a grassland dragon intently munching on grand raspberries!

The grassland dragon is the essence of the grassland itself given life. It is said that in this world, any and all natural phenomenon has a dragonic form.

When the dragon becomes aware of the PC’s presence, he lets out a cry like a flute and disappears in the fog. It is not happy about having its meal disturbed…

You open your eyes as a biting wind cuts through your sleeping bag. When you look outside, you realize that the landscape is completely different than it was last night before you went to sleep. In fact, your entire campsite is now sitting atop a huge plant. The ground is far below, and it will take some time to get down.

Just what the heck happened here?

The Blessing of a grassland dragon has the strange ability to make plants grow to abnormal sizes.

It is puzzling situation for the travelers, but it will be a bit dangerous to make it down to the ground among these giant leaves.

As the PCs start to make their way down the stalk, have each player roll a {DEX + INT}: DC 9. PCs that fail trip over something and feel a tug for a split second. Then their Personal Item will begin to float before their eyes before disappearing completely.

When the party looks up, they will see a little girl and a Koneko Goblin gathering the PC’s items with a fishing pole and a grin. The two will high-five each other, then begin jumping across the leaves to get away.

The girl will say, "I am Quicka the Tailwind, the greatest thief in these parts! Kutarou, let’s get out of here!"

If all the PCs pass, have the two steal a PC’s water bottle or the grand raspberries the PCs have gathered up to now. The PCs may chase them; if they do, the scenario continues to the Climax.

Quicka the Tailwind: Human, girl, 14 years old. Hunter/technic type. She wants to be a great thief. She has pale blonde hair in a ponytail. She has been instructed to steal 10 things from 10 travelers by her instructor.

Kutarou: Koneko Goblin, male, ? years old. He has been instructed to make sure that Quicka accomplishes her task, but is having so much fun that he has been helping to steal.

The pair leap lithely from leaf to leaf to escape. In order to follow them, the PCs must brave a sharp drop to the ground, as they must jump after them. The PCs must roll a {STR + DEX}: DC 6 to proceed. If a PC fails this check, there is still a chance. Any magical spells that can come in handy, such as Summer Magic’s Ibara Nonno, will save them from a nasty fall. If a player comes up with some way to use magic to save someone, the GM may allow them to reroll. Even then, failing characters will suffer 1d6 damage from the fall. Also, failed characters with Condition less than 4 will suffer Injury:4 and cannot participate in the next skill check.

Any PCs that succeed are able to approach the thieves. Kutarou will yell, “Miss Quicka! They’re almost on us!” Then Quicka will use a large leaf as a slide to get away. The PCs must also use the leaf as a slide if they want to catch up, by rolling [DEX + INT]: DC 8. Using Winter Magic’s Candy Ice Cube or Summer Magic’s Korobukkuro Cute Leaf will give that PC a +2 bonus to their check. If a player has another idea other than magic that might give them an edge, the GM should give that PC a +1 to the check. PCs that succeed may capture the two thieves.

The captured Koneko Goblin will beg for forgiveness, saying "Please, I have 6 hungry kittens at home!" The girl will adamantly say "Do what you like! You’ll never get me to talk!"

The PCs may let them go or take them with them. The town of Artienna is quite close, and will be easy to bring the two there. Once the PCs decide what to do, have them roll the final check: a Movement Check. The players may spend some time roleplaying at the town if they wish. This ends the scenario, giving each player 200 xp.

You’ve spent days on the road. You’ve done quite a bit. The giant plant that sprung up so suddenly is far off in the distance. As the sun starts to set on the green horizon, you can see a brick gate just up ahead. This is the town of Artienna. The bright colors strewn about tell you that the festival is just about to begin. Now that this leg of your journey is over, the next adventure is waiting for you just beyond those gates.